U.S. Army Veteran and trucking photographer recognized for Integrity, Respect and Commitment to Serving Others

“Each year, our Citizen Driver Program honors those who go above and beyond in their service to customers and the community. Their commitment to delivering our nation’s goods, no matter the weather conditions or circumstances, is what keeps our country moving,” said Barry Richards, president of TA. “Last year, Americans were reminded of the essential role professional drivers play in their everyday lives, as the industry quickly rose to meet unprecedented challenges during the COVID-19 pandemic. We want to continue to share these drivers’ stories and demonstrate why they deserve respect and recognition year-round."

As a Citizen Driver Award recipient, drivers may choose a TA, Petro or TA Express location to be dedicated in their honor. To celebrate their career and contributions, a bronze historical marker with the driver’s image and story is installed on front of the building, and a dedication ceremony is held with 30 of their closest family and friends. By dedicating a location in their name and displaying their accomplishments at the site, TA allows the drivers’ stories to be heard by all travelers that pass through. 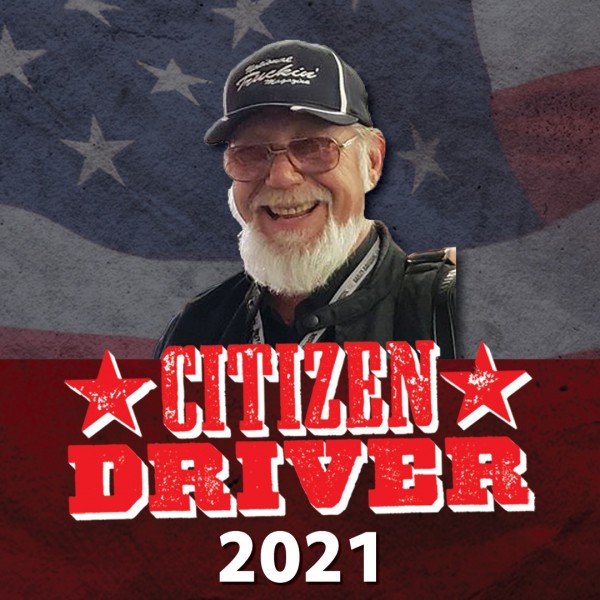 Dan Porter, also known as Dusty, is a professional driver for Werner Enterprises and lives in Acton, Ontario, Canada. His 52-year career includes a pristine 3.8 million miles of accident-free driving. Throughout his several decades on the road, Dan’s authentic approach to driving has stayed constant – treat people with respect, help when you can and always have a positive attitude. His empathic nature, calm demeanor and unbiased support allows him to connect with other drivers emotionally, and he even once saved someone from taking their own life.

Driving a truck is Dan’s full-time job but taking pictures has always been his full-time passion. He has spent countless hours snapping shots for trucking non-profits free of charge, donating the photos back to the organizations as a way of paying it back to the industry.

Dan has served on the Driver Advisory Committee and regularly attended safety meetings during his time driving for Hyndman Transport. He is well-known at the Mid-American Trucking Show and the Great American Trucking Show for freely photographing different non-profit groups like Women In Trucking, Trucker Buddy International, Truckers United for Charities, St. Christopher Truckers Relief Fund and Truckers Against Trafficking. Dan has volunteered his services to the Special Olympics Truck Convoy, Convoy for a Cure, OOIDA and Trucking for a Cure. In addition to his photography skills, for six years Dan managed the Trucker Buddy Rodeo Challenge at GATS, a bull riding event whose proceeds went to Trucker Buddy International. Dan is a lifetime member of the International Freelance Photographer Organization, a lifetime OOIDA member and a member of Women In Trucking.

Dan has chosen the Petro in Glendale, Kentucky to be dedicated in his name and is going to split his $2,500 donation between St. Christopher Fund and Truckers United for Charities. 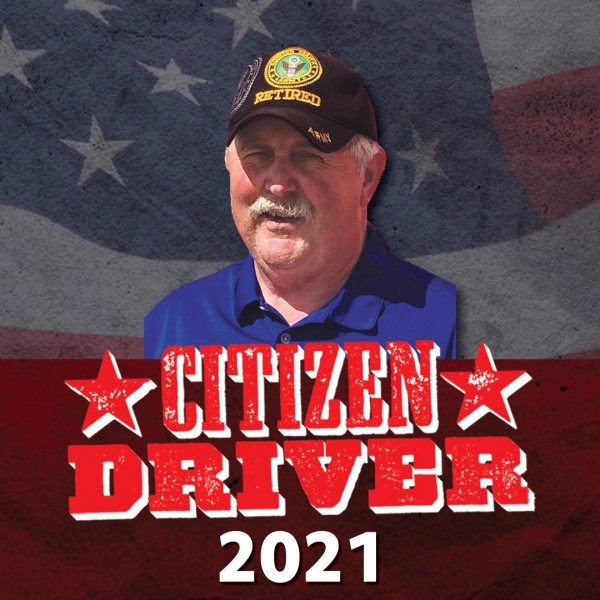 Don Talley is a U.S. Army veteran and resident of Muncie, Indiana, who drives for Carter Express. Don has dedicated the last 21 years to professional driving, logging 1.95 million accident-free miles.

He first learned to drive a big rig while serving in Saudi Arabia and was active in both the Vietnam War and Operation Desert Storm in the 20 years he proudly served our country. He has earned many decorations for his integrity and unwavering commitment to service, including The Soldier’s Medal for risking his life to save a woman pinned to the side of a cliff, the highest honor a solider can receive for an act of heroism not related to combat. Don has received Army Achievement Medals for positive and exemplary leadership and two Certificates of Achievement for his professionalism, Safety First mentality and for his personal contribution to Operations Desert Shield and Desert Storm, the most successful logistical deployment in support of a combat victory in military history. Don was also issued a Bronze Star and a Purple Heart for sustaining injuries while saving lives in a combat setting, after an Army truck full of ammunition caught fire and Don rescued the soldiers trapped inside.

After returning home from the military, Don brought his leadership skills and dedication to safety to the trucking industry. He received a Master Truck Driver Award from the Indiana Motor Truck Association and was named the association’s Driver of the Month for May 2018 by their Safety and Maintenance Council. Carter Express has also recognized Don’s safety achievements over the years, including being named Carter Express Driver of the Month for June 2018 and receiving the Carter’s 1 Million Mile Safe Driver Award.

Last year, Don formed the Road Dog Crew to promote funding and representation of the St. Christopher Truckers Relief Fund and Truckers Against Trafficking. Don also volunteers with Feed my Sheep, a Muncie non-profit with a mission to ensure all families in the area have a meal to share at Thanksgiving. He is an active member of his church and its food pantry with his wife.

Don has chosen the Petro in Gaston, Indiana to be dedicated in his name. The St. Christopher Truckers Relief Fund will receive his $2,500 donation.

About the Citizen Driver Program

TA launched the Citizen Driver program in 2013 with the intention of recognizing the professional drivers who keep America moving. To date, 37 Citizen Drivers have been awarded with this prestigious honor. The following distinguished members of the trucking industry served as this year’s judges:

To learn more about the Citizen Driver program and to view past winners, visit ta-petro.com/citizen-driver.

About TravelCenters of America

TravelCenters of America Inc. is the nation's largest publicly traded full-service travel center network. Founded in 1972 and headquartered in Westlake, Ohio, its nearly 20,000 employees serve customers in over 270 locations in 44 states and Canada, principally under the TA®, Petro Stopping Centers® and TA Express® brands. Offerings include diesel and gasoline fuel, truck maintenance and repair, convenience stores, full-service and quick-service restaurants, car and truck parking and other services and amenities dedicated to providing great experiences for professional drivers and the general motoring public. TravelCenters of America operates nearly 650 full-service and quick-service restaurants and 10 proprietary brands, including Quaker Steak and Lube®, Iron Skillet® and Country Pride®. For more information, visit www.ta-petro.com.