TA Hillsboro, Where Repairs Might Come With a Side of Barbecue 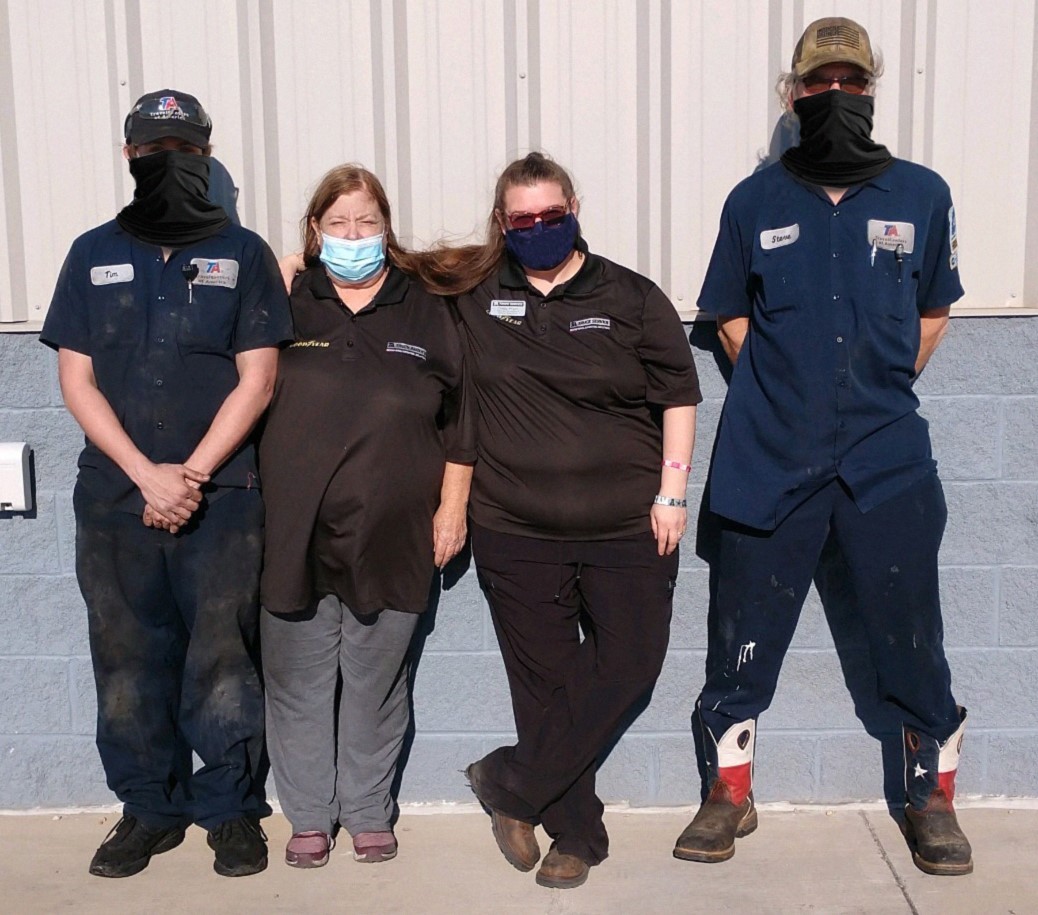 It’s generally not a good day when your truck has a small fire and you have to pull off the road. Luckily for Albert Taylor, the police directed him to the TA in Hillsboro, Texas, where he and his truck were taken care of.

When he arrived at the site, he asked where he might be able to get dinner. Tech Steve Fossett overheard him, approached Albert and offered some of the Texas barbecue Steve had brought from home. Albert was surprised by the generosity and said, “It was great barbecue and he wouldn’t take any money.”

Tim Mariner, another tech, began working on Albert’s truck the next morning and TSAs Patty Ferguson and Christy Wright answered all of Albert’s questions and kept him updated, which he greatly appreciated. The team also kept him well fed. When one of the team members was leaving to get lunch, she asked Albert what he would like and then refused payment.

Albert expressed his compliments through the customer service hotline and remarked on how special the team made him feel during a difficult time. “They all make you feel good when you walk through the door. You get that family feeling,” he said, commenting on what he described as true Southern hospitality. “They were super good people; they didn’t know me,” he added. “They take good care of their customers; that’s a site you should be proud of.”

TA Hillsboro, Where Repairs Might Come With a Side of Barbecue