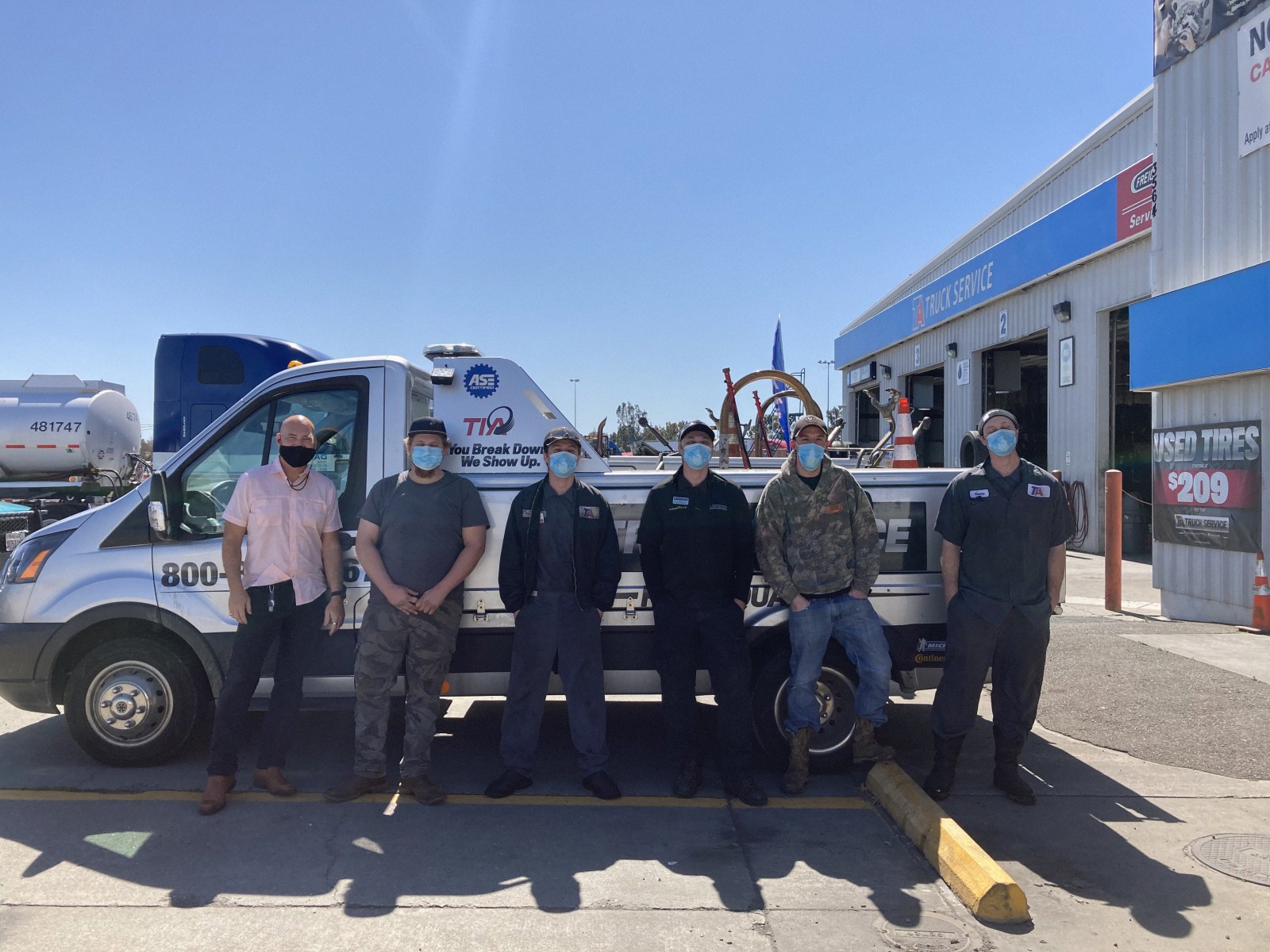 Saturday nights tend to be a little slower than other times. That wasn’t the case on Saturday, March 20, and several members of TA Corning (site 040) are still trying to process the harrowing night.

At about 8:20 p.m., a professional driver (who had parked in our lot) was involved in a tragic accident involving another vehicle while he was walking in the area across the street from our site. The accident resulted in him being pinned under a truck.

Officers from the Corning Police Department responded, saw that the man was pinned under the truck and hurried to a competitor’s site, which was close to the accident. The police knew they needed a jack if there was any hope of saving this man. The other site told police they only had one jack and couldn’t help them.

At our site, Camron Curtis, TSA, noticed that the police had blocked two lanes of Highway 99, and Dakota Henry, a tech, was focused on repairing a tire. Just then, the police officers quickly came across the street to our site and explained the situation. Camron, Dakota, Travis Johnson, a tech, and Tyler Sharp, another tech, jumped into action. Travis’s first thought was to get a bottle jack and Tyler drove the service truck right over to the accident scene. Dakota started the bottle jack’s compressor and the pickup truck rose enough that our heroes could help first responders pull the pedestrian from under the truck. Everyone’s quick action and teamwork meant that the victim made it to the hospital.

The entire incident is not what our team expects to encounter during a day or night’s work, but their clear thinking and immediate willingness to help could have made all the difference.