Doug Arnold is an owner-operator leased to Pittman Transfer out of Pineola, North Carolina. He loves bringing his sons with him on the road when they’re off school in the summer. Doug wrote in to share his story about the “angel” he met while at the fuel desk in York, Nebraska last week. Her name is Marie, and she calls herself a jack of all trades at this Petro location.

“I accidentally left my billfold at a truck stop in Missouri. When I went to gas up in York, Nebraska, my son Braxton and I were tearing my cab apart looking for the thing. It’s then when we realized I lost it at the previous site. I was waiting on my office to send me an EFS check so I could pay for my fuel, and that’s when Marie came out. She told me she felt like she needed to help me. She asked if 50 gallons would get it done. I told her ‘yes ma’am, it would.’"

When asked over the phone about the situation, Doug said, “She took $100 out of her personal account to pay for my fuel. I didn’t even know her name."

Marie said she had seen him struggling with trying to fix the situation for over an hour. Seeing his little boy reminded her of the days, more than a decade ago, when she was a single parent and needed help. And in the place she is in today, she knew she could help him."He's a hard worker and just trying to do his job. I thought I could do this for him and he could pay it forward. I knew where the money was going, so I didn't even think about it," she said.

Doug added, “That Saturday, I met a highway angel that actually cares for people. It’s amazing to know that in this world we’re living in, there are still people that have that type of compassion. Not just anyone would step up to do this and what she did was outstanding. I hope she gets the recognition she deserves.”

Doug hopes the next time he is in York that he gets to say hello again and thank her one more time. 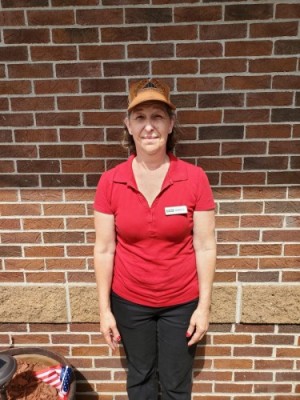 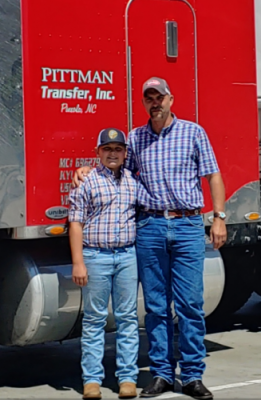